Peering is the physical interconnection of separate networks for the purpose of exchanging traffic between the customers of each network.

Tata Communications appears to handle Peering for Verizon and Comcast in our area. I can’t say for sure, but I believe this used to be done at Tata’s Matawan, NJ Data Center for the Northeast. In the screen shot below, you can see that traffic for Delaware and Pennsylvania is being routed through Ashburn, Virginia. One possible explanation is that traffic is now being routed through VA due to problems in New Jersey and New York after Hurricane Sandy. Whatever the cause, packet loss is massive, and connectivity between Comcast and Verizon is lousy right now.  We tested multiple examples in both directions all with the same result. 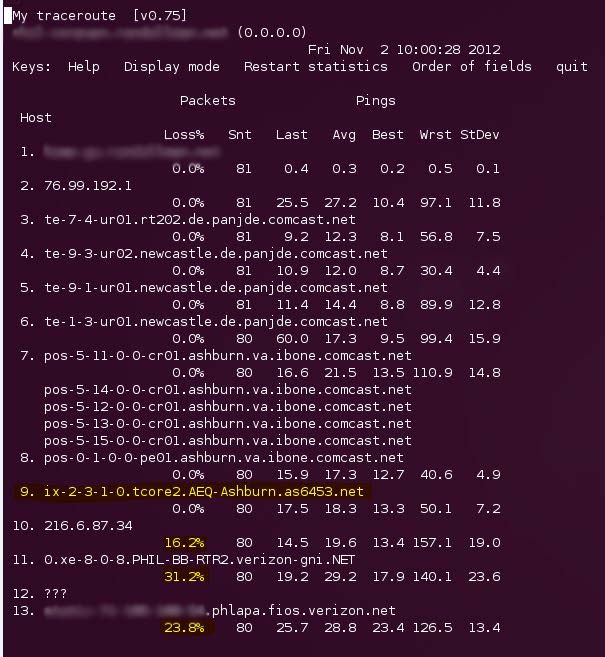 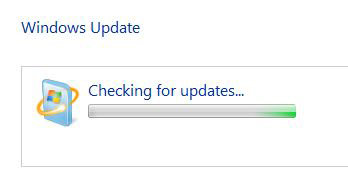 Yesterday we had two machines in the shop getting fresh installations of Windows 7. On first check for Windows updates with SP1 […]

Phishing is a way of attempting to acquire information such as usernames, passwords, and credit card details by masquerading as a trustworthy […] 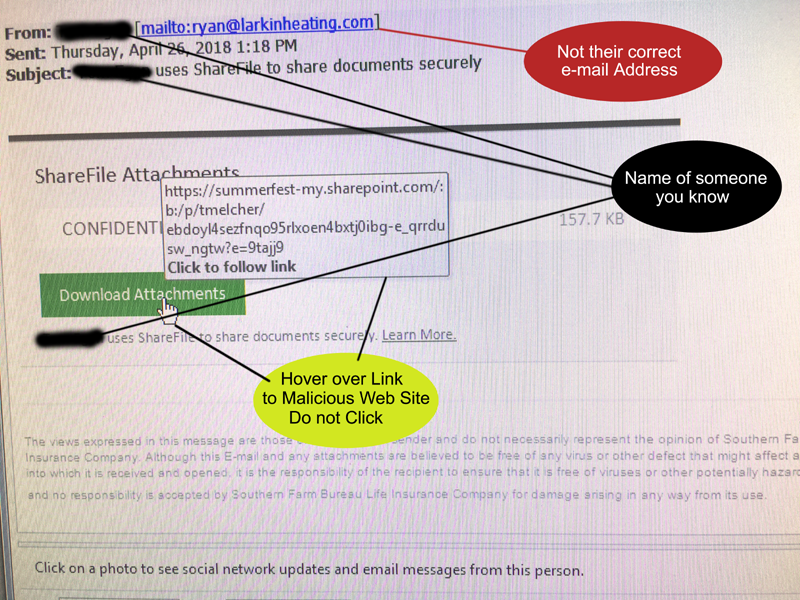 Beware of attackers trying to steal your passwords and other personal data. Here we can see a innocent-enough looking email saying that […]